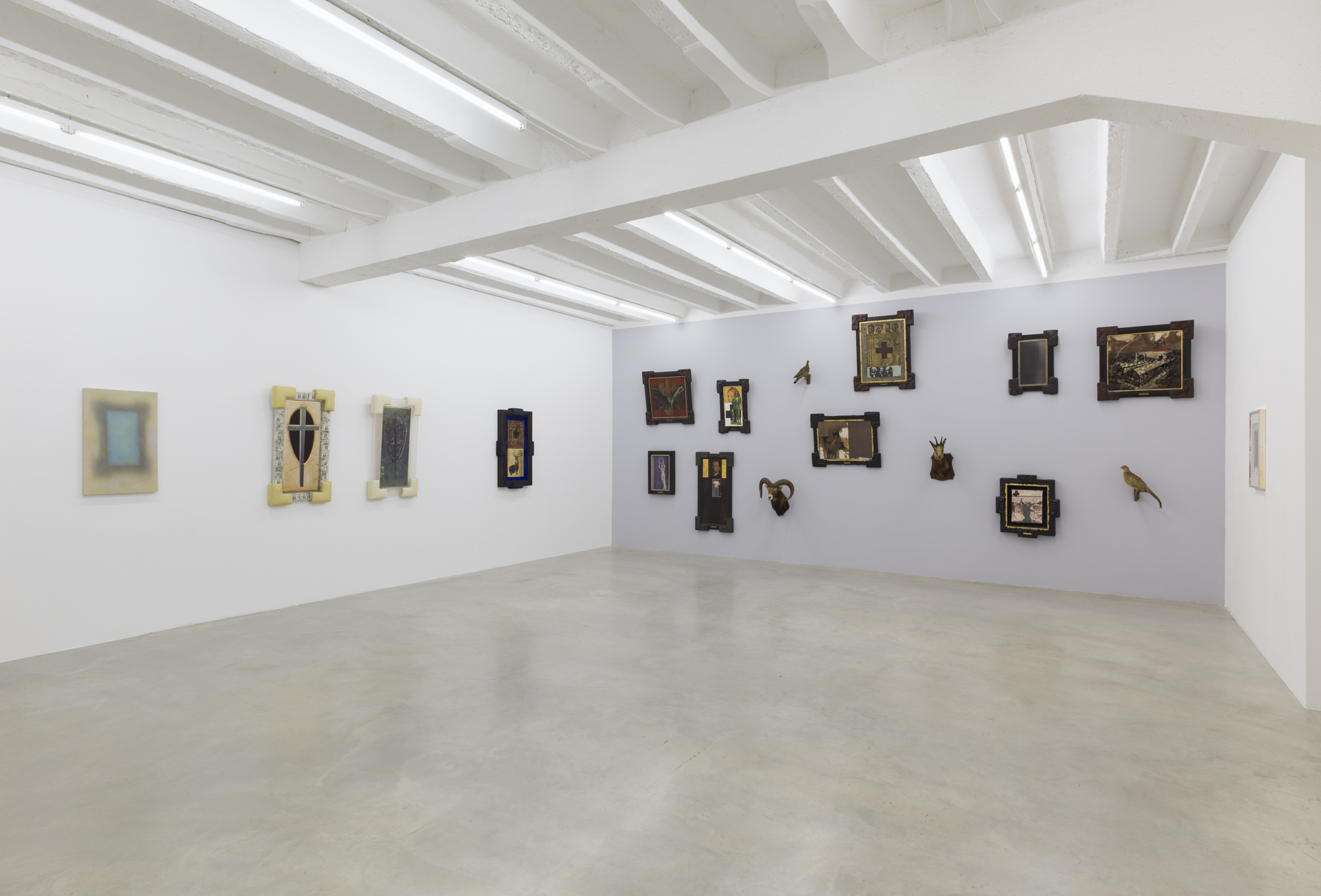 1983–2016 features artworks ranging from the 1980s to the present, in an attempt to visualize IRWIN’s complex and characteristic approach in making connections between art and ideology.

Since the mid-eighties, IRWIN has been working in a wide range of media, from painting to public art, from sculpture and installations to book publishing. Starting to work in the context of former Yugoslavia, the group developed the so called ‘retro-principle’ method, which combines motifs and signs from past totalitarian systems with artistic movements, and transforms them into the visual field.

The exhibition 1983–2016 overviews significant projects of the collective, starting with the installation Was ist Kunst (1984–ongoing) that juxtaposes historical works with more recent production. The thread is continued with the screening of the video Black Square on the Red Square (1992), a performance that was executed by IRWIN as part of the NSK Embassy Moscow project. The 30-minute action consisted of the spreading out of a 22 x 22 meter square made of black fabric – as homage to Kazimir Malevich – in the central part of Red Square in Moscow. The set-up is concluded with a selection of monochromes and works with crosses (2004–ongoing), through which IRWIN proposes a direct commentary on the history of art and the principles of modernism.