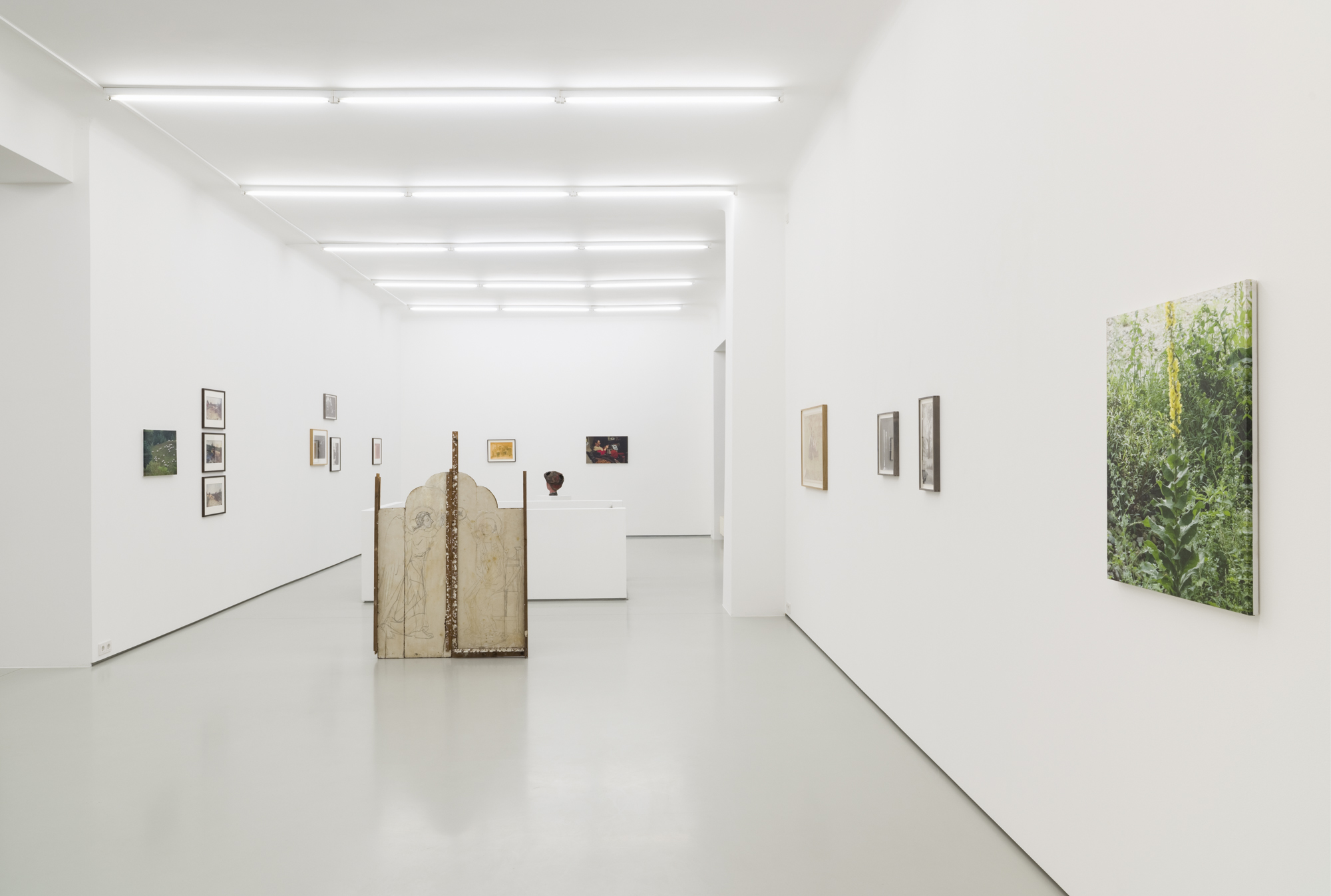 Gregor Podnar is pleased to announce the solo exhibition of Ion Grigorescu Commentary upon Nature, which features a dialogue between rarely shown early pieces and new works by the artist. With a selection of films, photographs, collages, drawings, sculptures and paintings, the exhibition highlights the artist’s longstanding interest in depicting the body, quotidian life, and individual’s intimate endeavours as a foundation of his varied practice. Thereby pointing to the remarkable continuity of Grigorescu’s artistic preoccupations and his longstanding ethical engagement.

Regarded as one of the most influential figures in Romanian art, Grigorescu began working during the 1960s in the privacy of his studio with only the camera bearing witness to his actions and performances. Using his own body as the main subject of his work much like his friend and peer Geta Brătescu, he explored the limits of the human body and quietly addressed the issues of gender and sexuality.

Within the intimate surroundings of Grigorescu’s life, artistic practice and household chores often merged, giving new meaning to the elements of simple communal existence in acts of washing, sleeping and eating, while on many occasions also referring to the heritage of Romanian culture, to which he frequently returned in his later photographic works and works on paper.

Grigorescu’s performances captured in photographs and on film attest to his non-conformist attitude to the political discourse of the time. Similar domestic form of ideological resistance can be noted in allusions to sacrifices, secrets and initiation, reminiscent of Orthodox iconography, seen in many of the works on display.

Besides his experimental approach to performance and film, Grigorescu has disassembled photography and merged the medium with drawing and sculpture. Through such formal interventions, the artist has reassembled the narratives of his own and of the found photographs belonging to others. Deemphasising the visual and material importance of the artwork, he has given way in these works to the surrealist drive to expose the workings of the unconscious by resorting to psychoanalysis.

Born in 1945 in Romania, the artist lives and works in his native Bucharest, where he studied painting at the Institutul de Arte Plastice. Grigorescu has most recently exhibited at Kohta, Helsinki (2019), Muzeul Tării Crişurilor, Oradea (2018) and The National Museum of Art of Romania, Bucharest (2017). He has participated at numerous group exhibitions, among others at Hartware Medien Kunst Verein (HMKV), Dortmund (2019), MARe/The Museum of Recent Art, Bucharest (2019), neue Gesellschaft für bildende Kunst, Berlin (2018), Stedelijk Museum, Amsterdam (2018), Kunstmuseum Bern, Bern (2017) and documenta 12, Kassel (2007). He also represented Romania at the 47th Venice Biennale (2007).