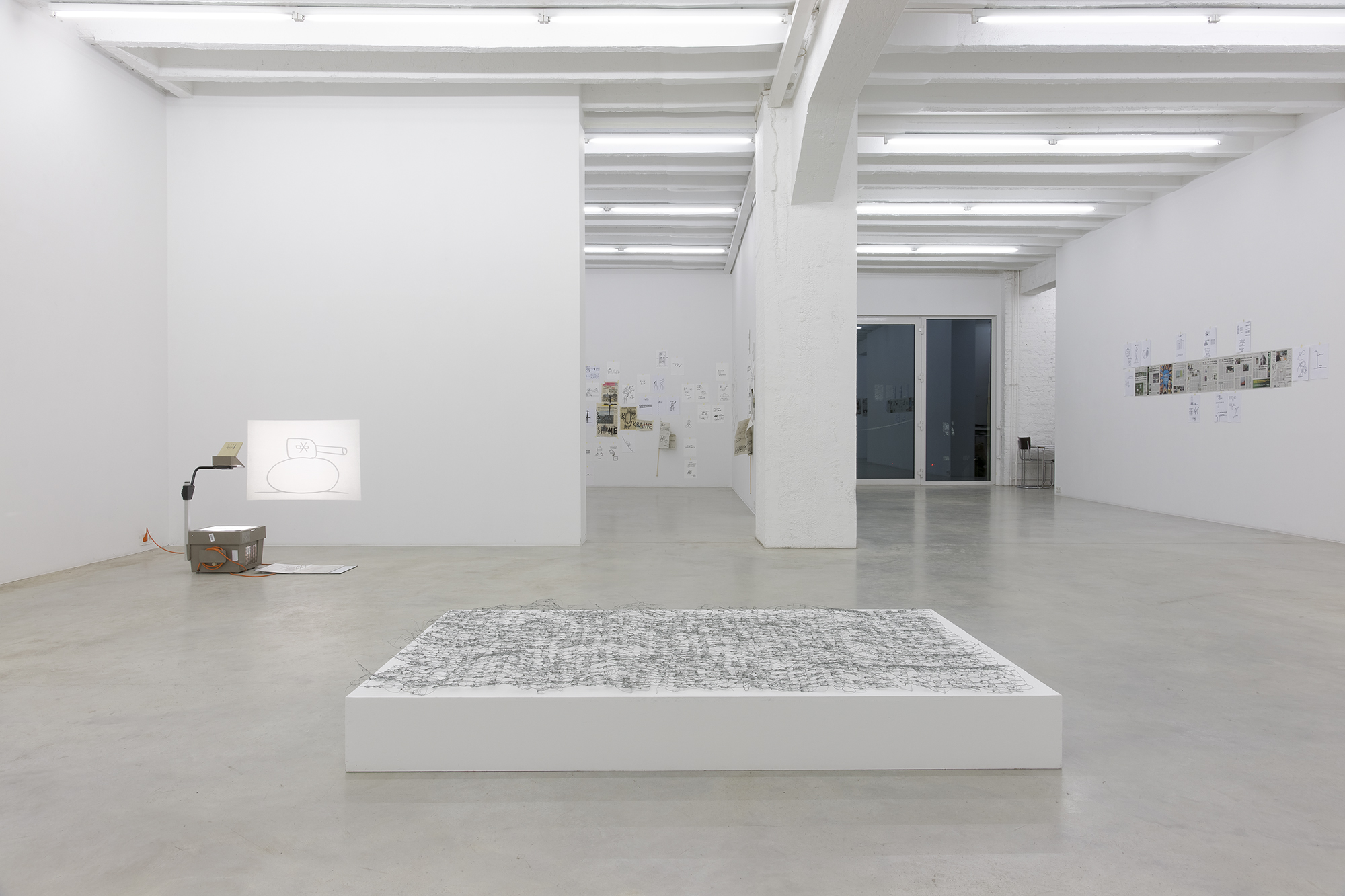 Ranging from the 1980s to the present, from the intimate to public, this exhibition features primarily works related to Perjovschi’s artistic activism on behalf of political movements worldwide, in an attempt to visualize the characteristic approach behind the artist’s observation of society and progress.

“I do simple direct political drawings. I do them in museums, books, newspapers, streets and on Facebook. The exhibition follows my transition from my training in academic painting to a free style of drawing, from graphic on paper to drawing on walls, from a dictatorial society to a democratic one. My practice is based on experience and not on theory. Lots of accidents and shortage of stuff have changed the way I think and do art. I choose drawing by instinct and develop it into a performative practice, both in the art scene and in the public space. Lately my drawings were downloaded from Facebook and used in protests and activist movements across the globe. I found myself in the position of a drawing provider. No art museum can give you that. I was born in 1961, the same year Berlin Wall was erected. I am still standing.” Dan Perjovschi, 2014